35 Days - Loving a Predator: What It’s Like to Have a Child Molester In Your Family

I’m not going to name any names. I won’t even get specific enough in this post that those who know me will know automatically about whom I speak. The reality is, those closest to me already know. This isn’t an attempt to “out” anyone as this person has already been outed several years ago. My intention here is simple: write to heal, write to share, and write so that those affected know that I’m thinking of them and do, every day.

I lived with the knowing that I was molested by a family member for a year before I could conjure up the strength to tell anyone else. It – the event – happened when I was in seventh grade but it wasn’t the first time I had ever been touched inappropriately by a male. I have memories of playing in the house of a neighbor on my block and being pinned down on the tile floor of their kitchen by my friend’s much older brother as he grinded his hardness into my then eleven-year-old pelvic area. A year before that incident, I had been traumatized by my first sighting of a grown man’s erect penis. While walking home from the Catholic school in South Philly I attended in the fifth grade, I heard a faint tapping come from a brick row home on my left. I stopped dead and stared at the roughly twenty-five-year-old man standing behind the clear Plexiglas of his screen door, stark naked, cock in hand, going at it. I recall turning my head away quickly, but not quickly enough to not have the image burned in my brain forever and elicited in daily musings for weeks to come. And I recall to some extent, though I wish couldn’t, the first and only time I had been date-raped, although naturally that happened many years after having been molested. These images creep up on me from time to time, more so now that I’m a mother and even more so since becoming the mother of a little girl of my own. Do they make me fear what’s in store for her? They do. Do I think she’ll be able to physically handle the situation in the way that I did if not better? I do, but the physical aspect of it is the least of my concerns right now. It’s the emotional aspect that fucks everyone up in the end. 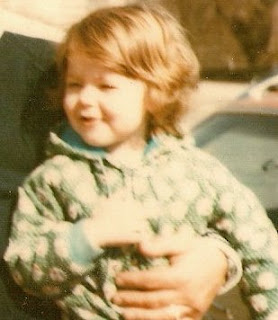 When you trust someone as completely as you are humanly able to, your entire world can collapse around you when that trust is betrayed. As an adult, you feel as if you’ve drowned and passed away already and the only way to get yourself back to normalcy is to pull some Jesus shit and try resurrection. You start thinking in terms of potions and magic: “If I just add this lizard eye to this bowl of Balsamic and throw in a piece of the small intestine I cut out of that homeless guy yesterday, things will all be fine!” When it happens, grief abounds, and then anger and of course, the other stages follow. But when you’re a child, the grief reaches an entirely different level. It can mask itself as failure or as fault, and can become dangerous enough to solicit thoughts of suicide even in the youngest of years. This is precisely what I went through – at twelve.

It was only a few years ago that I found out that another very close family member had also lived through what I did, only, on a much, much graver level. This relative had survived – physically – numerous molestations but mentally, they had died the first time it happened. It affected them in a way that it didn’t affect me, possibly because I am a stronger person in spirit. That’s what predators do; they tend to go after the weakest victims. It’s not at all different from every “Living Planet” show you’ve ever watched about Africa. You ask yourself, “How in the hell can that tiny lion kill that huge elephant?” but they can, can’t they? Because they know – they sense – which one is the frailest member of the pack, which usually means the oldest, the sickest, or, the youngest. This relative was affected so much by the horrible memories of our youth that they slipped into despair and suffered a breakdown. It was on that day that any love I had ever felt for the person who committed these crimes – and that is what they are; they are crimes of the severest degree no matter at what level the law states – had dissipated. See, I had reached into my heart and forgiven. Or rather, I had allowed myself to make the excuses for the predator which enabled me to live with what had happened so that I could face them while in their company. It enabled me to love the predator as any blood relative should. But once I knew that I wasn’t alone in my horrors – that another human being had relived over and over the nightmares that crippled me for years – my take on the entire matter changed. This was no longer the one-time occurrence that I convinced myself as a child it was. This wasn’t some drunken mistake that anyone (not really) could have made if intoxicated enough. This was out and out child molestation, and now, there were victims, with a capital S. And the victim count would only go higher.

I know the predator as well as anyone could know anyone. I had loved them with a degree higher than most and defended them when, by rights, they never deserved defending. I can see them today, sitting on their couch in their place of residence, thinking not about what they had done that could drive their loved ones away, but more about what they had done that should have kept their loved ones around. They are selfish and cynical, but mostly, hypocritical. I can only imagine what the conversations must have been like in their house when the news of Jerry Sandusky surfaced. I can see their face, watching in horror and disgust and I can almost hear their voice saying something along the lines of “What a piece of shit this guy is. They should fry him. If I was those kids’ father he would have never made it to the courthouse steps. They’d have to put me in jail because I’d have killed him myself.” And the irony is that those statements are pretty spot on. They would have. This person would have killed anyone who ever laid a hand on their kids, and yet, they did what they did to other children; to other people’s kids, to other family members’ kids and even, to their own.

Over the last couple of months, three more of the predator’s victims have surfaced and presented themselves to me either personally, or through a third party. Three more individuals make the victim count five, for now. Three more pieces of my heart broken. Three more adults who will eternally be scared little children in their minds. Well, technically two who will, because the third has already gone to what the remaining four only believe would be a better place. Three more reasons why hatred is okay in my book. And three more nails in the coffin of what was a relationship with a family member that I had known since the day I came into this world.

My tenure is coming to a close here on Eve of Forty. For the last year I have thought about writing a post about being molested as a child and every time I came close I talked myself out of it. Why? Maybe because I thought that people would think I was doing it for the shock factor. Or for hits. And I didn’t want the subject matter to get lost in any of those things because this topic is as serious as it is sad for me. It’s as poignant as it is personal. And don’t think that my airing the experience makes it any less personal, believe me. It comes in a close second as being the darkest day in my existence to the day that I almost lost my son, with the caveat being that his seizures eventually stopped and this situation just continues to get worse. But I felt that I had to share it. I felt that Eve – the woman who was born naked and lived naked and exposed herself in front of her man and her god – would be frowning at me if I had written and shared all that I had over the last year without exposing the part of her that was largely responsible for sculpting the person she is today, both good and bad.

So, this is it. Maybe every post from here on it will be bubble gum. Maybe the next month’s worth of blogs will be filled with stories about shoes and pictures of my derriere. Or maybe I won’t write anything else because after this, what else is left? Right now, Eve is as naked as she can be, though in reality, I think this post probably goes beyond even naked. I have cut myself open with this, and you are all looking directly inside of me. There really is nowhere else to go from here.

Naaaaaahhhh… I’ll be back. I always come back. And I hope you will, as well.