40 Days - Against the Grain: A Letter to My Sixty-Year-Old Self

If I see another Facebook post or tweet with a link to some blog written by some chick titled “An Open Letter to My (insert number in the teens here) Self” I’m going to lose my shit. Writers… it’s been done.  It was cute the first one or three times, but enough is enough. Let it go. You want to write a blog about a letter you’ve written to a real person who will never receive it? Try something political. Or pick someone in Hollywood. Me? I’m going to write a letter to my future self, that way, I know that bitch will see it. So, here goes nuthin’… 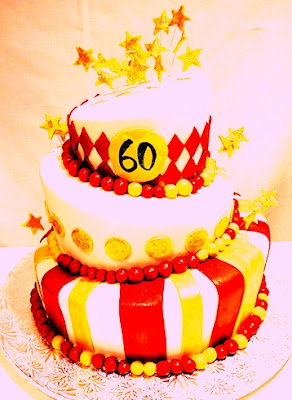 
You are one foxy-ass bitty, you know that? Seriously, look at those biceps! At 60! Your shit is fine, and don’t let anyone tell you otherwise.


So, what’s going on? How were the fifties? I know we struggled a bit there with the whole “trying to find ourself” thing and if I know us, we probably FINALLY attempted to go back to college and get our degree, but I can only imagine that once we realized our forty-five-year-old professor was more interested in the twenty-five-year-old grad student in the third row than he was in our “experience” as a woman, we bailed shortly thereafter. And you know what, that’s cool. I’m with us on that. Your young(er) self is not going to be disappointed with our vanity. It’s part of who we are.


How’s our health? Did we take good care of ourself? I know I probably put one too many bottles of wine in us right around our fortieth birthday, and I’m sorry for that, but know that I never put drugs in us and that we never… scratch that… we rarely drank to the point of being out of control. It’s been a tough year, so you’ll have to forgive this period in our life. But hey, it’s all in the past, right?


Let’s talk about our hair. Did we do it? Tell me we did it. Tell me we let our hair go completely gray. WE DID??? We are the WOMAN!!! I was hoping we didn’t falter (time travelling high-five) and crumble under peer pressure. That is so badass. Did we keep it long, too? Shoulder length?? Who are we, Candice Bergen? Okay, fine. I’ll accept shoulder length at sixty. Just don’t go all “Charlize Theron circa 2013” one day, m’kay? You know we were close after the Oscars that year. Those dreadfully boring Oscars.


How were we as a mom? Did we keep it together? This is an important question here, because, well, you know… Beatrice wasn’t exactly the easiest child and I wasn’t exactly the cuddliest of mothers. She’s just about twenty-three now. Is she holding her own? What? A biomedical engineer?? Christ. I always knew she wasn’t my kid. And seven tattoos? Okay, I retract; she’s my kid. What about Roman? An English teacher? And a writer? I knew he would be. He has his father’s editing and grammatical skills and my creative storytelling mind. I knew he’d be a natural when it came to literature.  Is he happy doing what he’s doing? It thrills me to know that.  Hug them today, for me. For us. Beatrice lives in Austin? Okay, well, then, call her, will you? And just tell her we called to say that we loved her. But you’ll hug Roman because he’s coming over for dinner just as he does every Sunday? Of course he does. That’s our boy.


What about the men in our life? Did we manage through all of our idiosyncrasies, faults, mistakes, and what I could only imagine was ‘Georgia’s worst case of menopause on record’ to keep hold of the one we loved and stay the course of marital bliss? Oh. Really? Okay. Well, that’s… well… I guess it is the way it is supposed to be then. Thank you for letting me know, though. Maybe there is something I can do about that now. I’ll check in again when I’m fifty to see if the story remained the same.


So, I guess we did okay for the most part then, huh? Looks like we beat the odds on the health issue… at least, so far. It appears that back injury still flares up from time to time, but, we figured that would be the case.  And we are still out there working like we’ve done since we were fifteen, so, that’s real damned cool. It’s all good news, Old Lady Me. I’m pretty stoked about us thus far. But before I end this letter, I’d like to say a few final things to you:


·         Prepare to have loads of memories from loads of roads travelled, because we won’t stop until we can no longer walk.


·         Let’s plan on playing more with the kids and not telling them that we’re always working on something and don’t have the time.


·         Remember who loves you most and best because in the days that are yet to come, that will be more important than anything else in the world.