Now, you didn’t think I would have worked for over a year on this thing without having at least one post about food, did you? Well, you’re lucky… I was going to title the post “Hail to the Chef” but was talked down from the proverbial ledge for fear of an early death sentence. In any case… here goes muffin, er, nothin’…

One of the few – and I mean very few – good things I inherited from my father was the ability to whip up a meal at a moment’s notice, and usually, if I may say so myself, a damned good one. Just today my husband said to me as I was pulling the pots and lids out of the kitchen cabinet: “The fact that you still make sure that your family has a hot meal every night is a rarity. There are a lot of women and a lot of wives out there who don’t cook. What you do is a dying art.” It was the tenderist and frankly, most welcomed compliment I’d received in a long time.

Cooking has become one of those things in life that is both a chore and a pleasure. When I know that the meal I’ve spent either thirty minutes or three-hours on is about to go into the “show dish” (because let’s face it, aren’t they all ‘show’ dishes?) for all of my world to see (my immediate family and the Twitterverse), I feel about as close to god-like as one could. I know that when I look at what I’ve made happily and without regret, there is no greater day-to-day sense of accomplishment, and to be blatant, I just fucking love cooking.

Listed below are a few things that I had to learn over the 20 years I’ve been exploring the various kitchens I’ve cooked in. These are some essentials to what I think could take even the most mediocre of cooks to the next level. They’re not family secrets; just common sense: 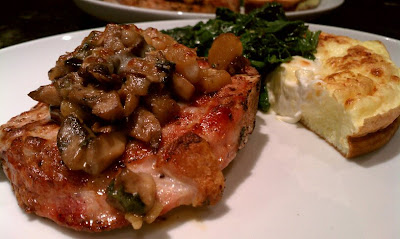 Learn to Love Onions – I hate onions. That is to say, I refuse to eat them raw and for the first 30 or so years of my life wouldn’t even go near them cooked. Until the day I figured out that just about every recipe I have ever loved started with some form of onion. Now that I live in the ‘meh’ state of Georgia, Vidalia has become my onion of choice. Usually chopped finely and fried/sweated/sautéed in flavor- infused olive oil/unsalted butter, onions add a flavor that I long tried to convince myself I wasn’t missing.

Kosher Salt is the Greatest Thing since Kosher Pickles – Name a cook on any food-related reality T.V. show that has used regular table salt in their recipes. Go on. I dare you. None? Not a one? Not even that dreadfully weird looking dude-lady (I’m still not sure) with the crazy name (Zarn? Flarb?) from the 4th season of Top Chef? No. That’s right. Not even Klurb from Top Chef used motherfucking table salt, so why the hell would you? And for those of you who salt your food (with table salt, no less) without tasting it, you should be shot. Or rather, hacked to death (I’m a stickler for gun control so, while “being shot” sounds better, I don’t want to appear hypocritical). Salt is not to be feared during the cooking process, but it is to be feared on the tabletop. Why, you say? I don’t know, but it just is, in the same way a steak is to be cooked medium-rare and pasta is to be cooked IN the sauce for about a minute before being served. It’s just the way Edesia (the Roman goddess of food) and Anthony Bourdain (the American god of the same) intended.

Wine Is Not A Color - I cringe every time… EVERY TIME (no hyperbole) I hear some “I’m a data entry professional by day” bartender at some crappy industry-related party ask me if I would like “red or white.” I have to fight back tears when I witness the unforgiveable “Oh, no, I don’t drink red” response, and you know it’s not for medical reasons. No joke, when a person utters that statement you can rest assured I probably experienced a mini-aneurism shortly thereafter. You don’t drink red? You don’t drink RED?? Wine isn’t about color, you dope! It doesn’t come from the paint department at Lowe’s! It was nurtured from grapehood and born in some valley in some region somewhere beautiful that YOU ONLY WISH YOU COULD AFFORD TO LIVE NEAR. It comes from formerly-communist countries and is cared for by survivors of apartheid. It was used as a trophy in celebrations of victories of war and shared amongst tribes who signed agreements of peace. It’s served in church representing a major part in the Last Supper for fuck’s sake, and you reduced it to being a color? Your non-preference of “red” aside, I suggest you educate yourself because the world of wine is vast when you delve into the history of it, and should you delve, that now small and inexperienced palate (and mind) will grow with education, wonder, and pleasure. Come back and see me when you’re done and tell me I wasn’t right. I dare you.

Soup is for Breakfast and Eggs are for Dinner – The most important rule of cooking is that there are no rules when it comes to time, taste, and tables. “Breakfast, lunch, and dinner” is for boarding schools and prisons (same thing) but here on planet yum, you eat what you want, when you want and where. A steaming hot bowl of Phð with extra heat in the form of chilies at 9 a.m. after a night of fourteen-too-many lemon drops? Do it. A runny quail egg over toasted brioche and fried tomatoes at 3:30 p.m. while downing a hefeweizen or three? YES! Cured meats, smelly cheeses, and olives that cost more than the jacket you’re wearing at noon on a Tuesday in the grass of a baseball field? YOLO, bitches! It’s your party; you can stink if you want to. Just don’t sit too close to me; I still can’t get into the smelly cheese thing, but I would never fault a person who could. 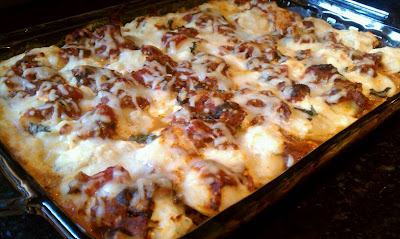 Food is a vital part of who I am. I’ve made clear in the past what a horrible childhood I had growing up but I remember sitting down every night at the dinner table as a family, and as much as I am able, I continue that tradition today with my own. I never believed it to be sexist though I have friends who have ribbed me about playing the June Cleaver role; I believe it to be the way it was meant to be. Cooking comes naturally to me but it also came naturally to my father. As a cook, my mother is an awesome seamstress, but those were the roles played when I was growing up. I believe my husband would sell our oven if I wasn’t around and replace it with a flat-screen-topped beer fridge, and that’s okay too, because cooking isn’t for everyone. Eating is.

So I end today’s post with these final words of wisdom and welcome any recipes you may have in the comments section below, if you’d like to share them: Eat when you’re hungry. Cook what makes you happy. And try, try, try… everything from everywhere. It is vital to the health of your heart and your mind that you experience the world through food and wine even if financially, right now, you aren’t able to through actual travel.

Bon appétit. Thanks for reading.