342 Days - Nine Years and a Shitload of Doughnuts

What can happen in nine years?
I was a wee lass of thirty when my “U” hauled its way southward to the land of fried chicken and Houses du Waffle. It was nine years ago that I landed my loin-built spacecraft on the fertile soil of the Ay-Tee-El. Nine long, short years. I’ll spare you how many months, days, minutes, and seconds that equals. Been there. Did him that. And in all that time I can honestly say that I have likely lived my life more vividly and passionately than my parents, grandparents, and illegitimate children put together have. Oh, hush… to misquote Carol Leifer, I only have two kids… “that I know about.”
Nine years is a long time to a ten year old. It’s four Olympic Games (eye roll due to the Olympics being split up between summer/winter [shakes fist at Olympic voter pussies] and every two years,) two Presidential elections, one point five senate elections, four point five representative elections, nine high school student council elections, and one-hundred and eight Krispy Kreme doughnut flavors of the month. You can do a fuck of a lot in nine years. And you can also fuck a lot in nine years, so, see how that works out? I chose all of the above and more, meaning I loved, lived, travelled, voted, gave birth, voted, learned to speed skate, voted, medaled in archery, voted, gave birth, voted, voted, voted again in Pennsylvania illegally, and ate doughnuts, all in less than a decade and all while living in the gloriously asinine South. Hey, if there’s a state that knows how to look ridiculous to humanity other than Arizona, Florida and South Carolina, it’s Georgia! GooooooooOOOOOOOOOOOOOOOO Bulldogs! 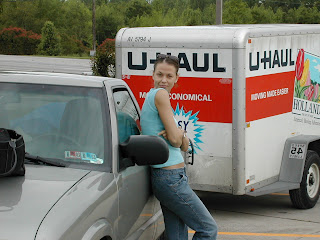 Yesterday was nine years since I packed up what I still wanted of my belongings and started the two-day trek to what would be my new home. Philadelphia and I had made love the night before, said our goodbyes and were prepared to let one another go with the attitude that we could always go back if we wanted to; that we would still be there for one another, even after the breakup. And it was that knowledge that allowed me to take the leap of faith and look at what was to come as a new dawn, a new day and a new life. Oh… SHIT. I now owe my high school choir teacher fifty bucks for quoting Michael Buble. Fuck. “I told you you’d quote him at least once in your life, but I can’t believe you used something so mainstream. I thought you would have at least gone with, ‘And I’m surrounded by, A million people I, Still feel all alone, Oh, let me go home,’ but hey, a bet’s a bet. Pay up.” What a bitch, he is.
So along with Pearl Jam’s “Rearviewmirror” I posted the following to my Facebook page yesterday:
Nine years ago today, I said goodbye to the city I once loved so dearly. I threw away a mediocre existence, packed up what had become a meaningless life and set out in search of greater, grander, and more purposeful things. In the rearview mirror of my Chevy S10 pickup I could see the silhouette of the city fading as the sun rose high on the highway ahead of me. It was morning on that day, in more ways than one. It was dawn on my life. My aurora was waiting and in some ways, she waits for me still.
And nine years ago TODAY the sun shone high in the sky, brightening the paths that lay before me. It was high noon, my eyes were open; my belly full and I could see the world more clearly than ever before. I took a deep breath, inhaled my surroundings, smelled the opportunity and smiled widely at the magnolias. It took thirty years to get there, but I was finally home. And as Michael Buble said: