There. I said it. With no asterisk. Happy now? 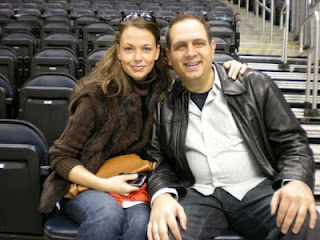 I’ve been lucky enough in life to have made friends with a few writers; one of whom I’ve been friends with since before I had pubes… can you imagine? It’s like I can’t even think of myself without pubes. They’re such a part of me. Not that they define me or anything, but damn, I feel like they’re one of my closest friends… you know… they’ve always been there, can sometimes get in the way, but overall, you're still pretty proud of them. Anyway, Anthony and I have been friends for a long, long time. I’m talking first grade, when they bumped him up from kindergarten because he was so deity-damned smart. Asshole. Did I say “asshole?” I meant to think it. Sorry. Anyway, my pal Ant is the best. He’s largely responsible for finding me on Facebook in 2008 which in turn domino-effected into bringing back a group of pals that was formed in the late seventies before anyone really knew who anyone really was. This is my crew; my do-or-die group of homies. My posse. My peeps. The people who knew me when I was at my truest, and here we were yet again, not judging, and not pretending, and just “being,” all thanks to Anthony.
There is a line in the movie “Stand by Me” that is delivered by the narrator, Richard Dreyfuss, that states the following: “I never had any friends later on like the ones I had when I was twelve. Jesus, does anyone?” This can be said about my sacred group from the old ‘hood. Stefanie, Brian, Mark, Anthony and me, well, we’re something special. These are the people who I feel that no matter what happens in my life, would never judge me. And I know that they know that I would do the same. I love them in my soul, and that’s where they will always stay.
Anthony, along with some other very talented, brilliant and trustworthy friends of mine, took the time to call me or write to me about my blog and what I’m doing with it and where they think it could be headed, and one of the pieces of advice I received was that I should either start saying “fuck” and ditch the asterisk or stop using the fake-me-out version altogether. This frightened me; not in an “I’m seventeen and late for my period by three days” way, but, pretty God-damned close. Can I say “fuck” knowing that my extremely religious family members might be reading? Can I use it without coming off as a trashy low-life who simply wants to seem to her readers as “edgy”? Can I fake it and still be funny a-la the Jon Stewart/Daily Show bleeps? Or do I have to go full force into the realm of Bill Maher if this blog is to be genuine, honest and above all else, true?
I debated the idea for many, many minutes. I’m kidding… seconds. And I realized that the fact that I was having a debate about it in my head clearly showed me what the outcome of the suggestion I received should be. When I feel like saying “fuck” at any other time in my life, I say it. I don’t debate it. I don’t question it, and I certainly don’t hold back. Unless my kids are involved, of course, but to be frank, by the time my kids are old enough to find and/or read this blog, I’m sure they will have heard/used the word “fuck” and likely, have already experienced the verb aspect of it. Ummmmmm… cue cringe. And yet also, screw it, good for them. But that’s a story for another post.
So… starting today, with this post, 356 days until my fortieth birthday, I am ditching the asterisk. I’m stripping myself and my blog of all things that are not part of who I am. I don’t “LOL”… I refuse to "LFMAO" … and I have never, ever, "f*cked"; not once in my life. I FUCK, like a banshee, and I’m God damned proud of it. And hell, I hope you all stick around to see me fuck some more. Should be fun.
Posted by EveofForty at Saturday, April 28, 2012