WOW… now THAT’s what I call a hiatus! It’s been thirty-eight days since I logged on to EveofForty.com and man, I’ve got to admit that even I missed the attention-seeking mediocrity. After all, writers do desire attention, do they not? I mean, at least published writers do, which by the way, is a group that I am now part of.
That’s write… I mean er, right, bitches… I got PAID!! Oh I know it doesn’t mean shit to you, especially if you’re a writer who writes for a living, but chances are that if you’re a writer who writes for a living, your ass ain’t reading this blog. It's not exactly Hemingway fodder, so I’ll carry on.
Yes Virginia, I have officially been paid for a piece that was published and I have to say that it felt pretty goddamned awesome. You see, my darlings, I don’t write for a living, nor am I sure I ever could. I do something else for a living that I also genuinely love – working with precious metals and gemstones – but writing had always been more of an outlet or hobby; something that I could do to express myself when verbalization and tears would no longer cut it. I used to draw when I was younger as a sign of expression but as I got older I realized just how much I wasn’t the artist that my father was, so drawing only frustrated me more. Now that I’m on the Eve of Forty (PLUG!) I find that writing is a much better way to express what’s going on in my brain, or even in my soul some days, and that it’s a fuckload more effective than yelling or kicking homeless people, so I stick with it.
Why thirty-eight days you say or you didn’t but I wish you had for the sake of this post? Well, I’ll tell you, selfish person who didn’t actually ask: because I physically, emotionally and mentally couldn’t do it any sooner. If you read my last blog post you probably wondered what in cock’s world was going on in my life. I received texts and private messages from some really caring, wonderful friends concerned about my well-being after 175 Days and for those folks, I’m extremely grateful. I guess I was going through some things. A sort of mini-depression one might say, although I'm not sure I've ever been in a depression before so who knows exactly what it was, and it took that long, as well as a little encouragement from a fellow writer and good friend to get back on the horse (Thanks, Ant). Now here I am sitting high in the saddle, preparing for my ass to hurt after a long day’s ride once more (cue Beavis-style giggling) and I’m ready… again… to count down the days…
So coming up soon I’ll share with you the story of my first mammogram and how affected I was by the process and result. I’ll also be writing a holiday post and maybe I’ll even share the story of the time I got my nipple caught in the keyhole of a parking meter, but that’s for down the road. Until then, feel free to go back and view some of my older posts so that my view count will rise and I’ll think that people actually read my shit. Even if you don’t read it just click the links here and there to make me feel better. It’s cheaper than therapy and I’d do it for you. Maybe.
Talk at you soon… and as my friend Anthony San told me just today... #GetInspired. 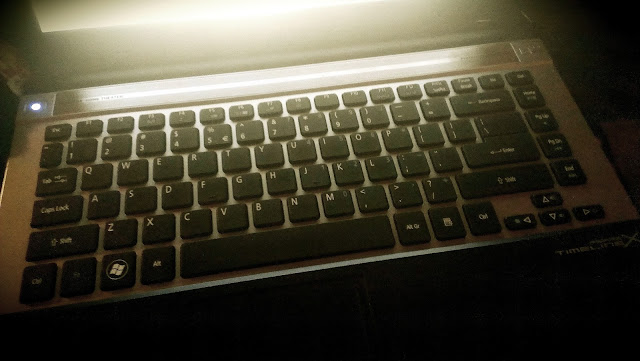