1.       Sitting “Criss-Cross Applesauce” isn’t as comfortable as it used to be, even if you take yoga twice a week.


2.       Sex on top will result in screams due to Charlie Horse-style cramps as opposed to multiple orgasms.


3.       You spend more money on anti-wrinkle/anti-aging/anti-drooping/anti-crease creams than you do on shoes, which is the first time since you got your first job at 15 that you spent more money on anything other than shoes.


5.       Midriff shirts make you look like you’re trying too hard to look young, even if you take yoga twice a week.


6.       Taking yoga twice a week doesn’t feel nearly as good as you think, but walking out of the house wearing a sweatband and carrying a water bottle, with the mat under your arm while your young, hot neighbor is mowing his lawn shirtless keeps you doing it. OH, and your husband likes it, too. (Love you, honey!)


9.       You can’t believe you actually debated on whether or not you would let that pesky cavity go without being filled so that you could pay for lip injections that you didn’t need.


11.   You are running out of time to spend with the people who mean most to you.


12.   “Granny Panties” aren’t nearly as repulsive looking as you once thought they were.


13.   Wearing three padded bras to bed every night for a year will not keep your boobs sticking out straight no matter what that sixty-year-old, big breasted lady you met at TJ Maxx told you.


14.   It’s okay that your husband has a lot of lady friends as much as it is okay that you have a lot of guy ones. It’s just who the two of you are.


15.   You can’t eat pasta four nights a week and keep a flat stomach.


17.   You have to wear your reading glasses when plucking your eyebrows if you don’t want to end up looking like the picture your six-year-old drew of you with a crayon… when he was three.


18.   Big hoop earrings do not take away from your laugh lines.


19.   You are thrilled that you are not old enough to be a grandmother because your kids won’t reach puberty for another 8 years.


20.   You don’t have control over everything that happens in your life, and you finally, FINALLY get that.


22.   You have refrained from slapping the young girl in your office who complains about turning thirty in two years at least six times by now and you still don’t feel good about it. Refraining, that is.


24.   You saw the original Clash of the Titans when it came out and like it way better than the crappy remake. 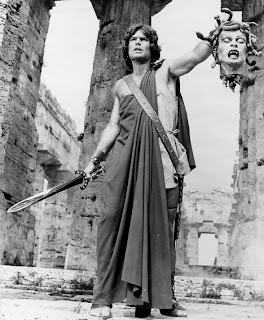 
26.   You finally think Sean Connery looks old and you want to cry when you think about that.


27.   You realize your hands are starting to look old and you want to cry when you think about that, too.


28.   Cindy Crawford, Naomi Campbell, and Christy Turlington are 46, 42 and 43 and that makes you feel AWESOME since no matter how hot they still are, you are still younger than they.


29.   Hashtags confuse you but you use them to act like you know what you’re doing. Seriously. WTF are they for?


30.   You find yourself dreamily thinking about what the kids in the clubs are dancing to these days before you head to the bathroom to scream and to vomit.


31.   Living vicariously through your best friend’s gorgeous younger sister on Facebook has replaced watching The Daily Show as your favorite thing to do after the kids go to bed.


32.   You admitted to yourself finally that thong panties are just outright fucking uncomfortable.


33.   You stopped putting on your high school prom dress once a year just because you could, but because you still could, you did it one last time.


34.   You’re still the youngest of your siblings and you’re still getting away with murder because of it.